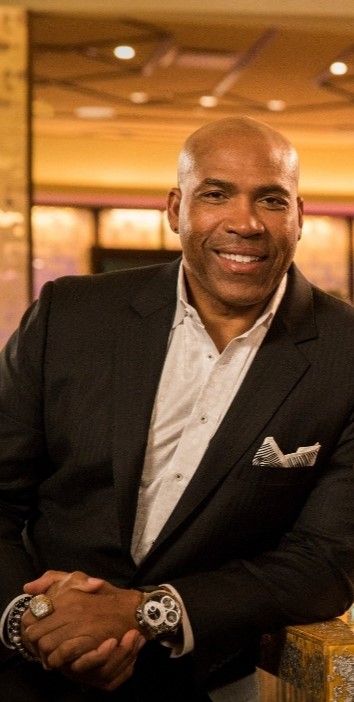 Seth Joyner grew up in Spring Valley NY (20 mins outside of Manhattan) he is the middle child (Older Brother and Younger Sister). Played Youth Football and Baseball, and High School Football and Basketball. Excelled in Football but was not heavily recruited.

Walked on at the University of Texas at El Paso and became a starter midway through his freshman year. (played at UTEP 1982-1985)

Drafted by the Philadelphia Eagles in the 8th Round. 208th Player Selected (Today there are only 7 rounds).

Released on the final Cut down, then resigned in week 3. Became a permanent starter week 9.

Signed with Green Bay Packers for one season and lost Super bowl 32 with the packers.

Traded to the Denver Broncos and won Super Bowl XXXIII in 1998 and retired that same year.

A University of Texas at El Paso Hall of Fame Inductee